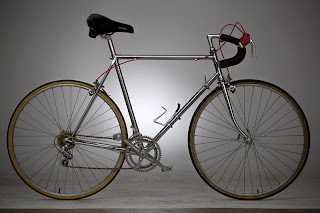 My Japanese made chrome Schwinn Voyageur was equipped from the factory with a seat post that was too short for me.  It's something that I've found to be a problem on any bike that's not too big.  However, it proved difficult to find a suitable 26.8 mm seat post that was long enough.  The only options I found were cheap, heavy, Kalloy seat posts, and the classic offerings from Nitto.


My first interaction with Nitto came by accident.  For my first road bike, a 1989 Cannondale 3.0, I chose a complete, period correct, Dura-Ace conversion.  When all was said and done, the fluted seat post was too short.  I hated that I could never find a Dura-Ace seat post longer than 200 mm, but necessity sent me searching.


It was probably Peter White who pointed out that the Dura-Ace stem I had equipped my bike with was made by Nitto.  It was an astounding creation, extremely clever and beautiful. 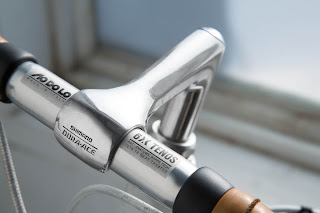 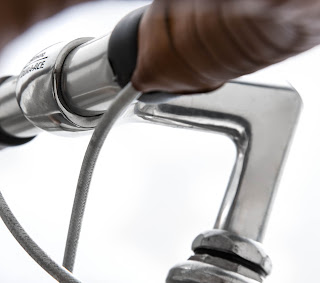 A single hex-screw cap positioned at the apex of the stem provides access to both the expander bolt at the bottom of the stem, and to the screw which tightens a plate at the back of the handlebars. This opened a door in my completionist mind, the "Crystal Fellow" was tall enough, and had the pedigree to run with the rest of the Dura-Ace Grupo. 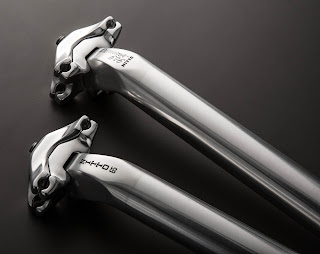 Flash forward to the Chrome Schwinn. Searching for a longer seat post to dress up my Voyageur proved to be fruitless, all except for the afore mentioned Kalloy pillars and those from Nitto.  It was an easy decision.

After ordering my Nitto Crystal Fellow from OCBC, I proudly displayed it to my wife and proclaimed, "This was made by an old Japanese woman!"
"Really?", she replied.

Anyway, check out the pictures from Tokyo Fixed Gear's tour of the Nitto factory, and check out the video that led me to believe such a thing.
And, Viva Nitto!